India is a country of over a thousand languages and dialects. This incredible diversity of expression also means that there isn’t a standard script that can be used across these languages. For visually impaired people, however, the six-dot standard of Braille is a unique strength - easily adaptable to a number of languages, irrespective of the language’s original script. For India, this adaptability led to the development and widespread adoption of Bharati Braille, designed for many of the most widely-spoken and read languages in the country. Today, this script is a driver of inclusion for scores of visually impaired Indians.

The History of Braille in India

Braille’s beginnings in India can be traced back to colonial times, when British missionaries and bureaucrats introduced and adapted various iterations of Braille, including Oriental Braille, to Indian languages. The growing use of Braille in America and Europe was paralleled in India in the later half of the 19th century, as missionaries established various schools for the blind at Palayamkottai (1890), Calcutta(1897), Ranchi (1898), Mumbai (1900). However, the lack of a standard approach and script, and the colonial attitude towards educating Indians at the time, limited the spread of Braille literacy.

In 1943 in India, a government-appointed committee prepared a common Braille Code and circulated the same among various provincial Governments and institutions for the blind. When India gained independence in 1947, 11 Braille codes for different regional languages were in use in various parts of the country. The recommendations of this conference led to the development of “Bharati Braille'' for the official Indian languages - Hindi, Tamil, Marathi, Gujarati, Bengali, Kannada, Punjabi, Assamese, Malayalam, Nepali, Odia, Telugu, & Urdu - and its recommendation for nationwide use. The National Institute for the Empowerment of Persons with Visual Disabilities (NIEPVD), then known as the National Institute for the Visually Handicapped, was also deeply involved in the standardization of Bharati Braille. Their Braille Development Unit contributed notation systems for Maths, Music, and Science, as well as Braille contractions, abbreviations, and shorthand systems for most of the official languages of the country.

Braille is often a means for the blind and visually impaired community to foster social bonds and identities, and leverage this into a political voice. Bharati Braille is no different, reaching people irrespective of the language they speak. As Aparna Nair, a historian of medicine and disability, says, “[t]his uniform, universally taught” form of Braille had important effects, including a path to ‘uniting the blind of the whole world who are divided from their fellow sufferers by prejudices of caste, religious customs and manners’. Since the early years, Bharati Braille has earned its place as a vital channel of social inclusion for blind and visually impaired communities.

The languages that we use in everyday life form an important part of how we communicate. So while English Braille remains popular in India, such as for books and employment opportunities, Bharati Braille offers a way for visually impaired people to read and write - and hence share their thoughts and ideas - in the vernacular languages they hear and talk in daily. Classics like Ramayana, Mahabharat, Ramcharitmanas and Tagore’s Gitanjali are also available in the script. Bharati Braille has since also been adopted in Nepal and Bangladesh with slight modifications.

It makes sense, then, to have educational opportunities in Bharati Braille too. The common form of English and Bharati Braille also makes it easier to teach multiple languages with a common understanding of the base Braille script and the ways to read, write, and type it. By beginning at primary schooling, Bharati Braille offers a closer linguistic connection to students’ immediate surroundings. Since Bharati Braille is based on phonetics rather than the alphabet, it is simpler to connect to sounded words too, opening up multimodal - touch and sound - ways of teaching the script.

Bharati Braille is increasingly the basis for expanding education to more visually impaired learners. The National Education Policy, 2020, makes recommendations in section 6 of the document for “Equitable and Inclusive Education: Learning for All”, focussed on ”foundational literacy and numeracy, access, enrolment and attendance” along with “suitable technological interventions to ensure access can be particularly effective for certain children with disabilities.” Alongside directions to make education accessible to children with disabilities through the right resources, it explicitly calls for “adequate and language-appropriate teaching-learning materials,” including textbooks in accessible formats such as Braille. The NIEPVD also continues to conduct research towards the propagation and popularization of Bharati Braille, including ways to incorporate the script into higher education.

The advantages of Bharati Braille are clear - and with its rich history, the script is steadily becoming widespread. Perhaps the greatest challenge that remains, then, is ensuring that the people who would most benefit from knowing this accessible and useful script can learn and use it. As the NEP makes clear, alongside the English Braille script, Bharati Braille too can find its place in the education of visually impaired children.

At Thinkerbell Labs, we’ve long been sure that educational technologies are key to making this happen. It’s why we’ve had lessons in several Indian languages - such as Hindi, Marathi, Kannada, Tamil and more - on Annie, our innovation in Braille self-learning. By taking advantage of the thought poured into developing the Bharati Braille script, we’ve brought lessons to hundreds of visually impaired children across India in the language they prefer. 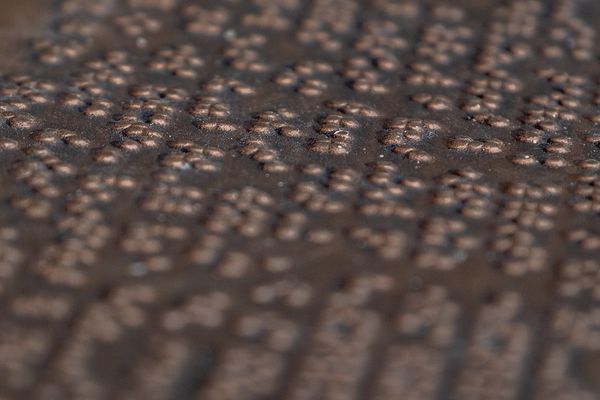 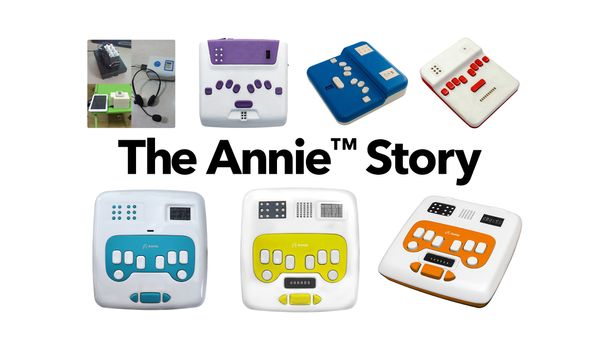